I’m guilty of using my phone a lot. Recently, when I did check my usage stats on the Digital Wellbeing section on the phone, I was quite unnerved to find that I unlocked my screen 437 unlocks a week – that’s once every 21 minutes! That’s seems excessive. 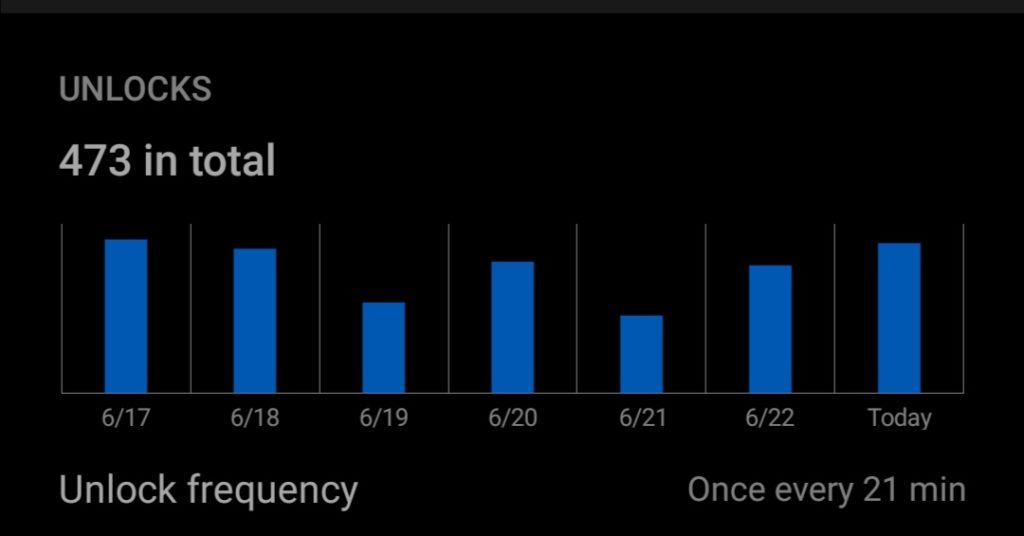 There are way too many distractions from the phone. The constant buzz or beep of notifications enticing one to pick up the device.

Each notification which comes in usually ends up being a distraction. Even if it’s Notification spam, I tend to unlock the phone and check it out, and then end up seeing an update on a widget and following it into a rabbit hole of procrastination.

Would I shift to a feature phone – a non smart device? No, I still need my daily fix of news, interactions with friends on messaging apps, and of course work messages when I’m away from the laptop.

While Blloc launcher has an ambitious vision to what they plan to become, they are still a long way off. The launcher kept crashing on my phone, and acted up at times. I’m sure they’ll improve over time. But this prompted me to look at similar launcher and I came across this one – Before Launcher.

I got this installed and gave it a few additional permissions to set it as the default launcher and accessibility settings. I also got to choose from my gigantic list of apps a few apps ( they recommend 7) to pin to my home page.

Once I had set it up, with the correct permissions it required, I noticed that I was getting fewer notifications during the first hour of using this launcher – is there a bug with the launcher?

My bad, for skipping over the instructions and features – the launcher has a great feature where you can select the apps from which you’d like to get notifications. The rest of them get filtered out into a separate section on the home screen. Swiping towards the left and showed me the ‘missing’ notifications. The good part is that these notifications didn’t buzz or beep to distract me.

Just look at those notifications which got filtered! That’s a whole much of time I saved by not peeking at the phone. You can choose which apps to avoid filtering the notifications for in the launcher settings.

To access the less frequent app on your phone, you can swipe right from the home screen to get to your recently used apps first. To quickly access apps I’m looking for from the long list, I just click on the search and hit the first 2 or 3 letters of the apps to filter the list to jump to the app I want quickly.

This certainly allows me to jump to what I need to do fast from the time I unlock the screen – it meets the definition of a Minimal Launcher.

The launcher also provides a minimal theming option, where you can choose font colors, background images and such to customize to your liking.

I’ve been using this for about a week, and it hasn’t show any glitches so far. I’ve been able to get my phone usage down by around 30% which is good in my books.

The launcher also provides a few additional perks if you decide to support the developer. The paid version allows you to add more than 7 apps on the home screen, for power users like me, and also pin apps on top of the app list.

This is an actively maintained application where I see frequent updates from the developer, which adds a few needed features, performance tweaks and stability.

If you want to go minimalistic and reduce notification distractions on your phone, you should give this app a go.